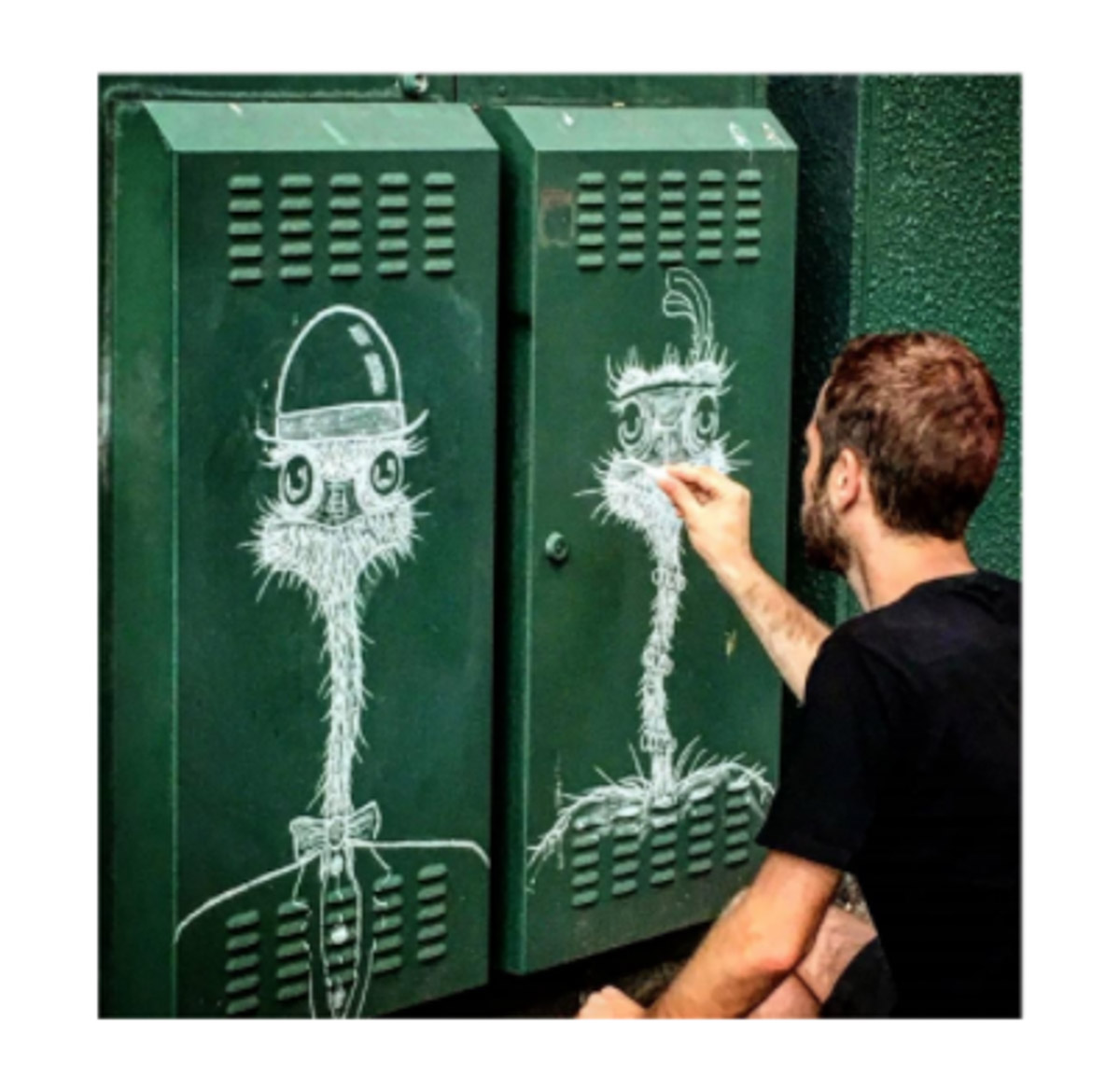 Matt_tieu wanders the city streets to create his chalk drawings of faces and animals from a bestiary selected to amuse and amaze. His flagship animal is the ostrich, the largest bird in the world always a little awkward and who is ready to smile.

His creations are often intended to be ephemeral, in the way that a street art fresco don’t last very long because the wall on which it is located is often repainted and the drawing disappears.

The important thing is to be touched at a street corner by the surprising form of an animal that plays with the scenery or sometimes current events.

Large birds like wading birds, marabous and, of course, the ostrich enter the scene as well as animal skeletons, necessary alarms for environmental awareness.

Matt_tieu was born in 1986 and is originally from Epinal. He has lived in Paris for five years. 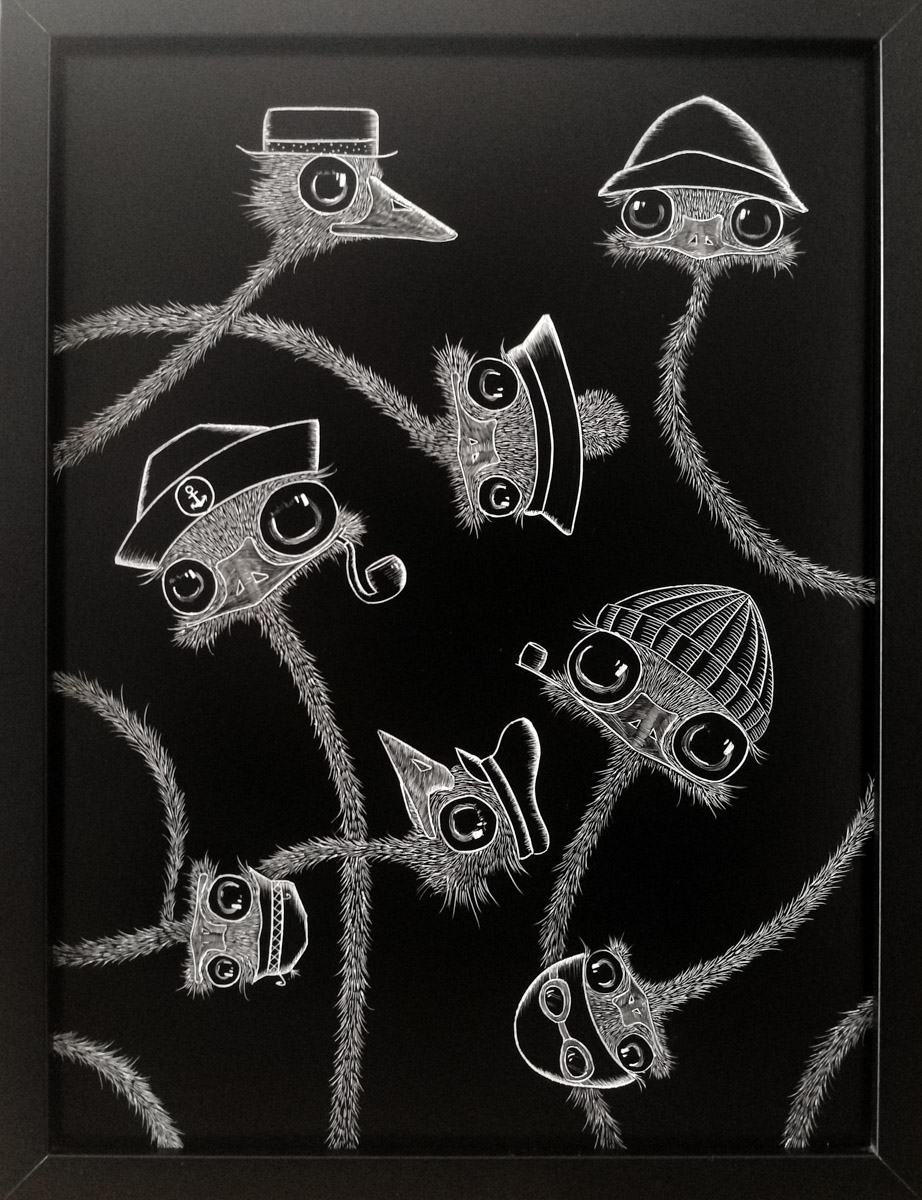 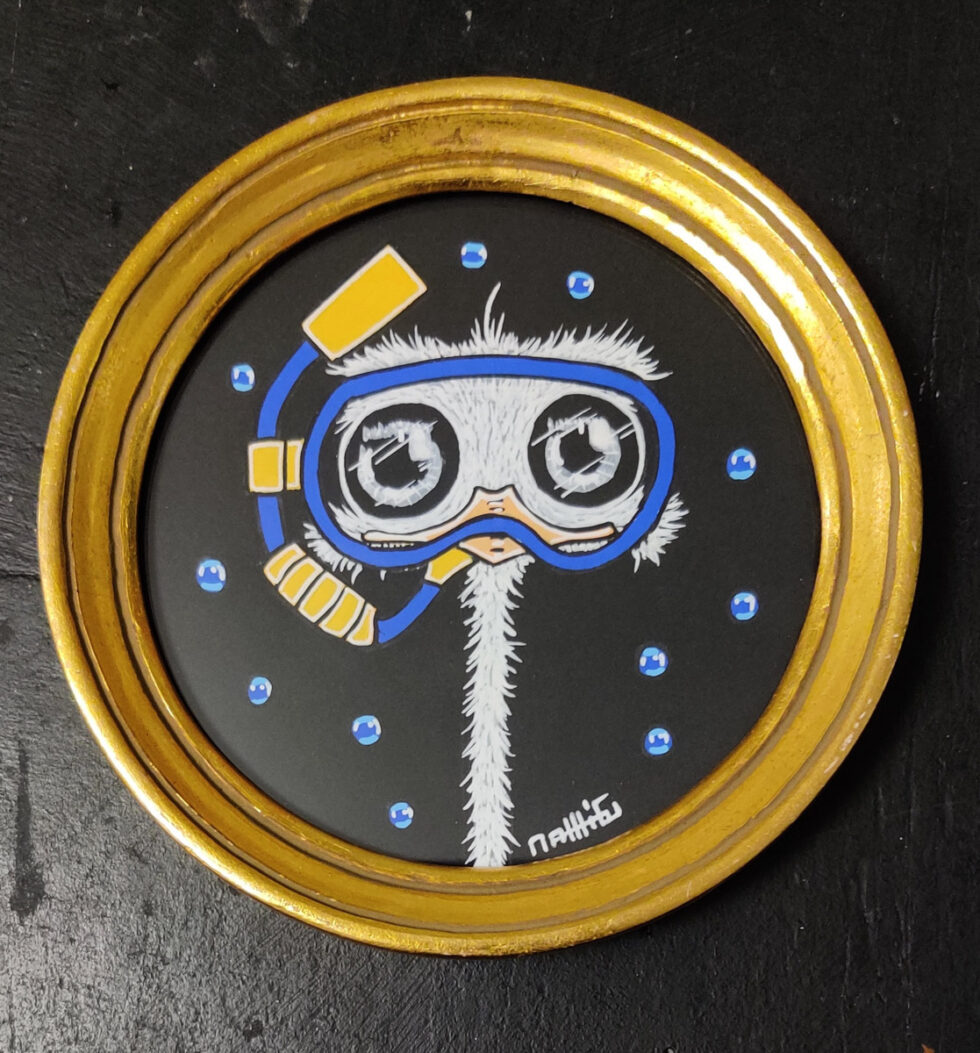 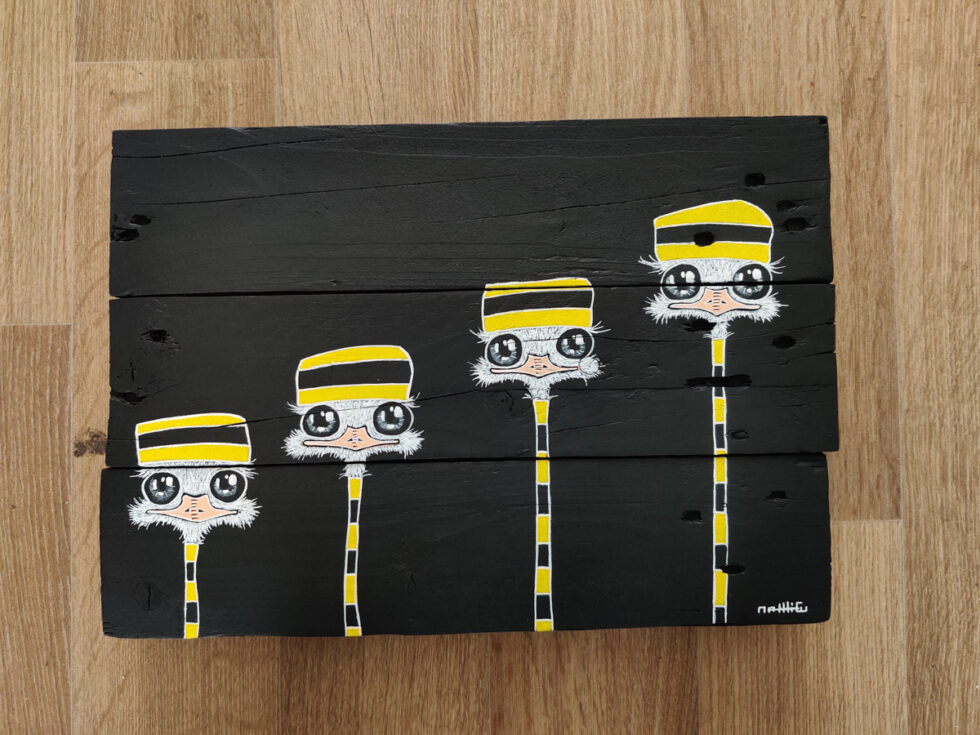 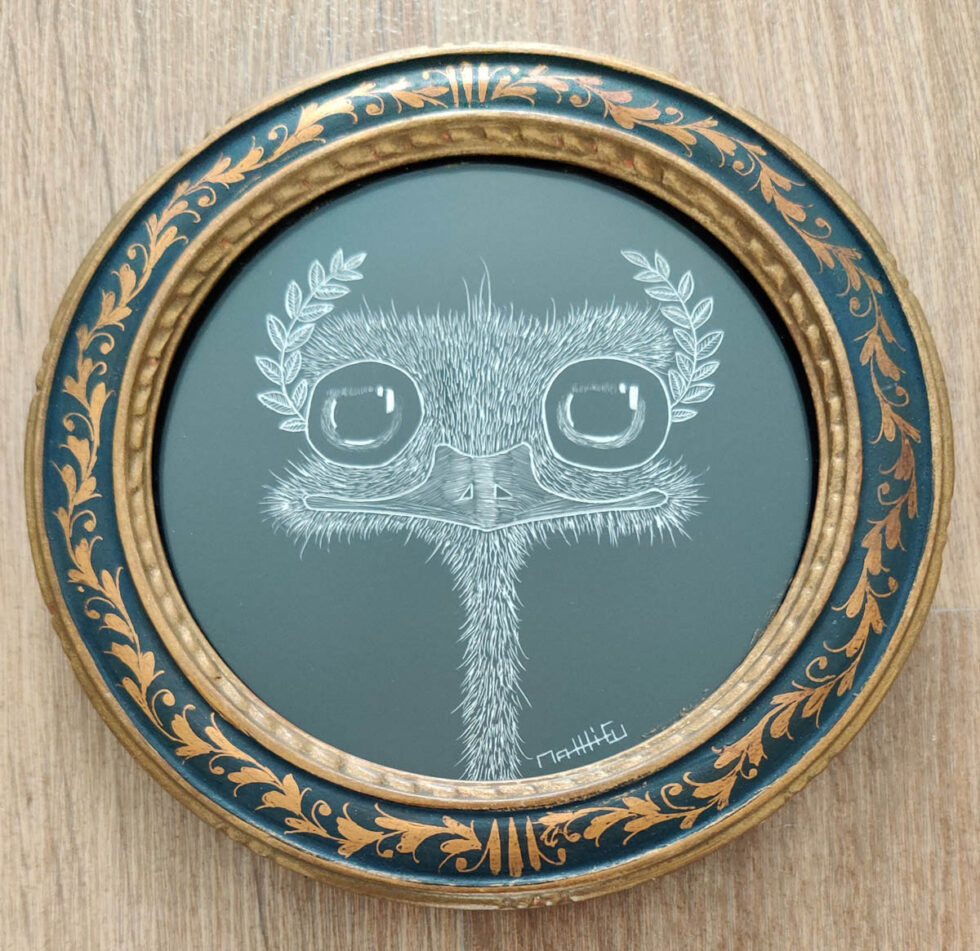 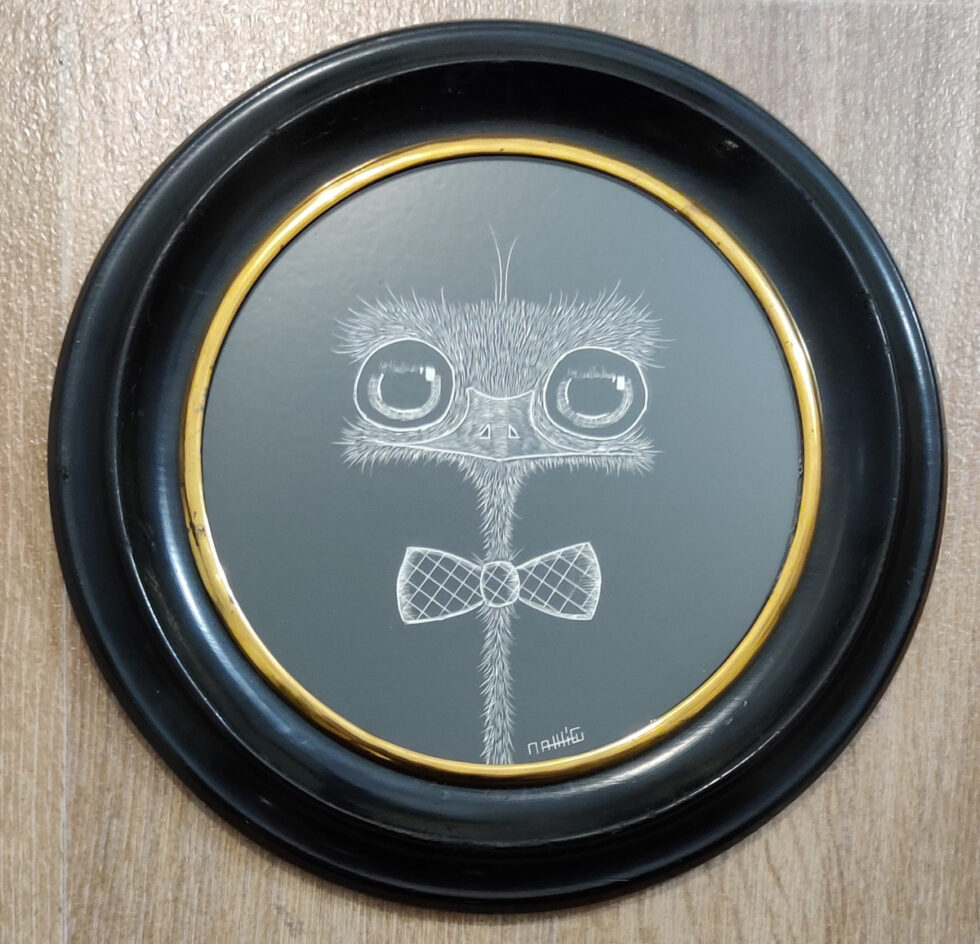 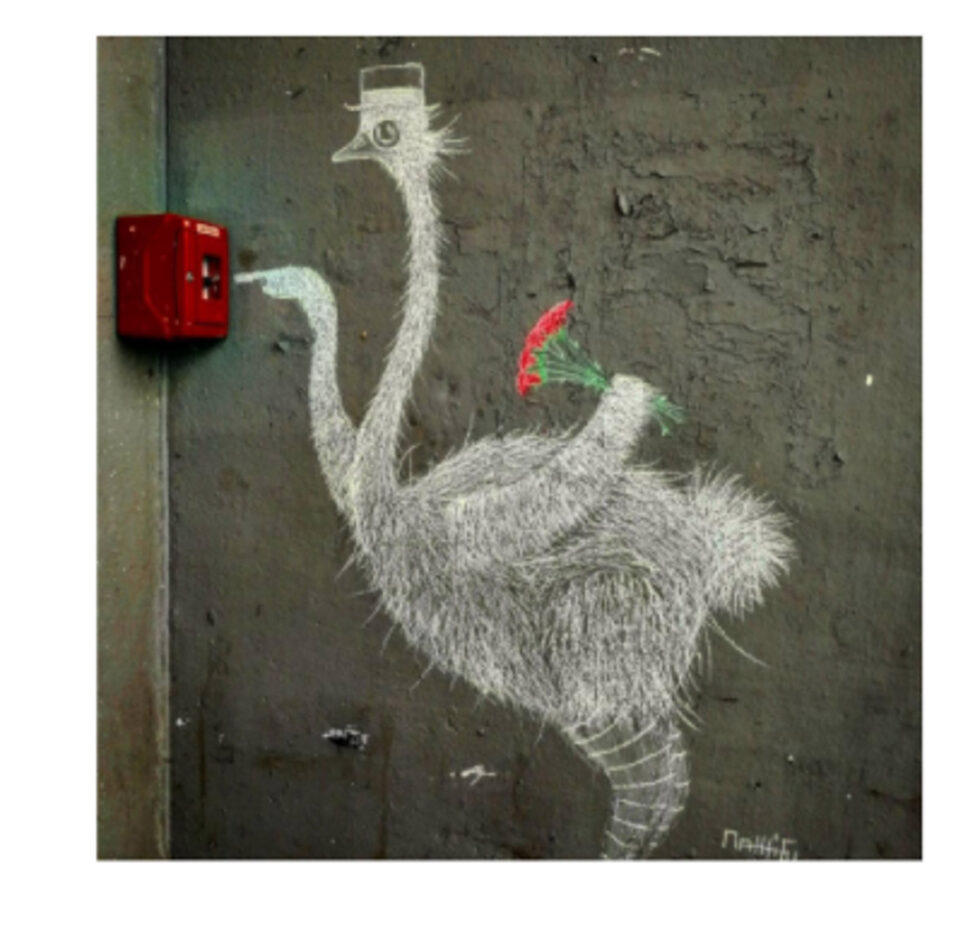 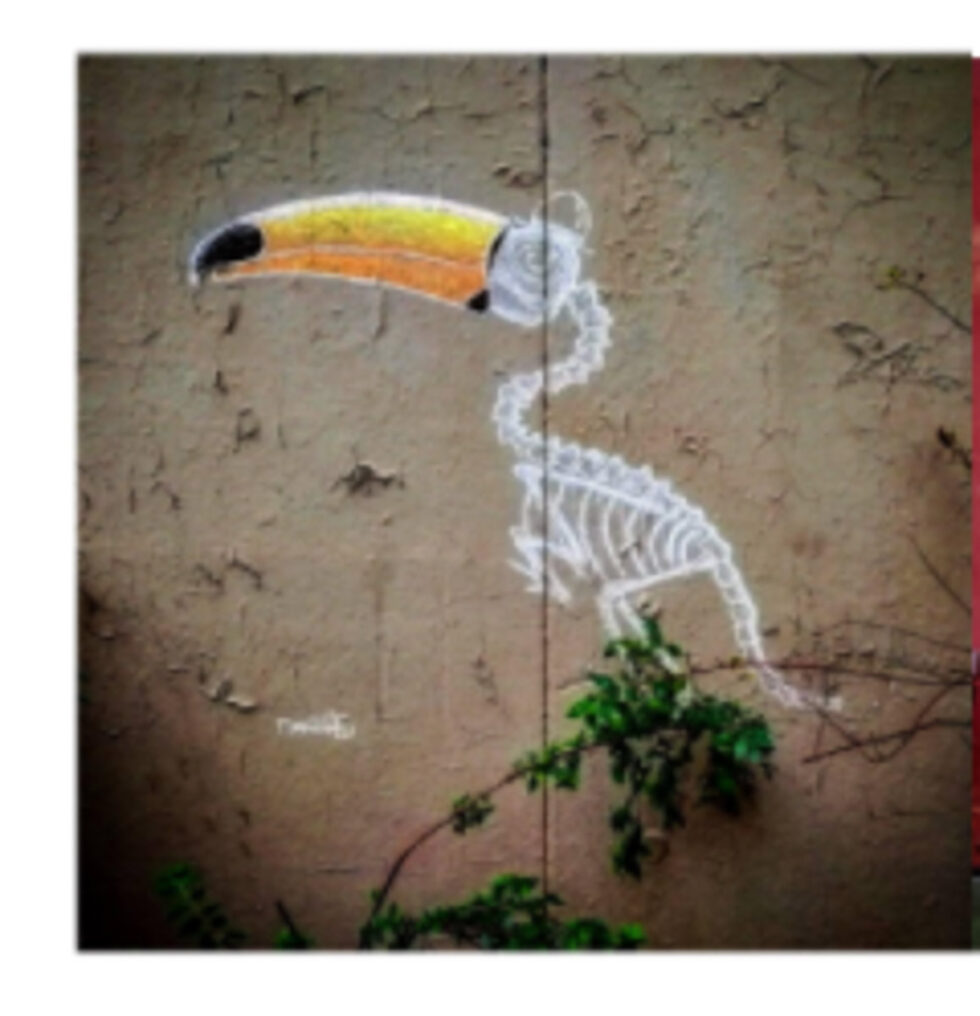 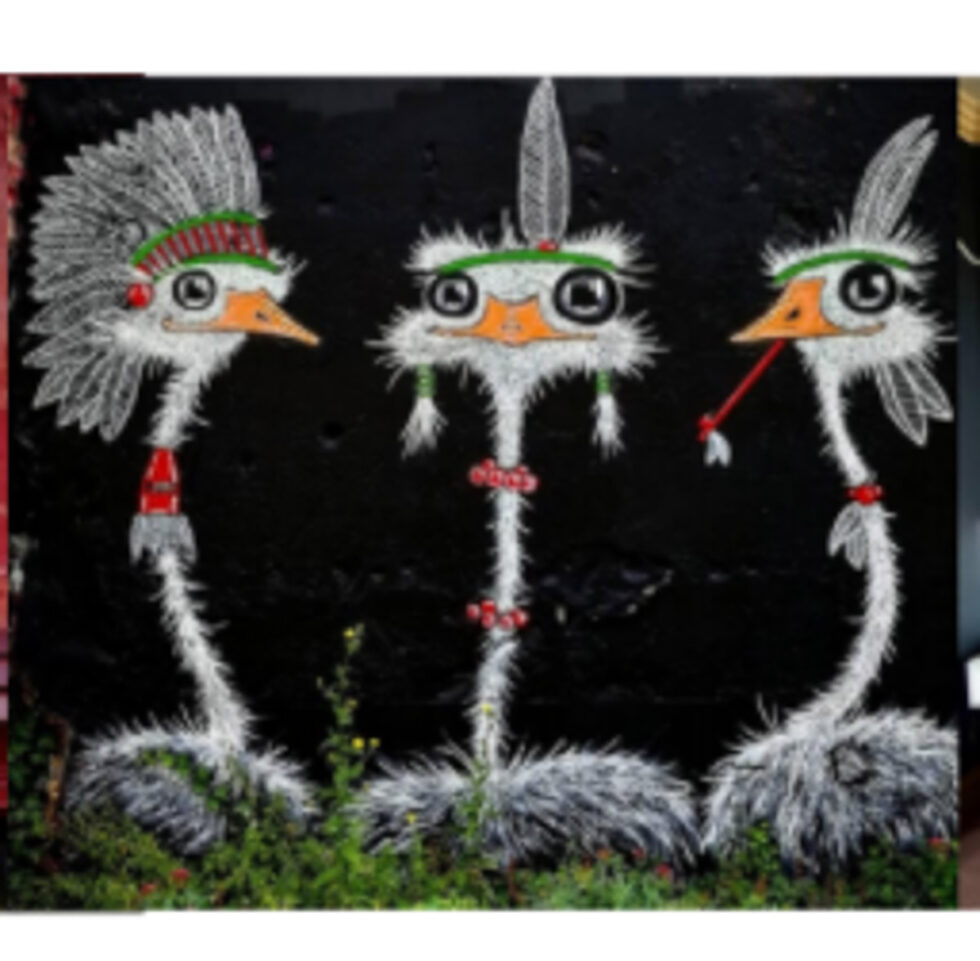 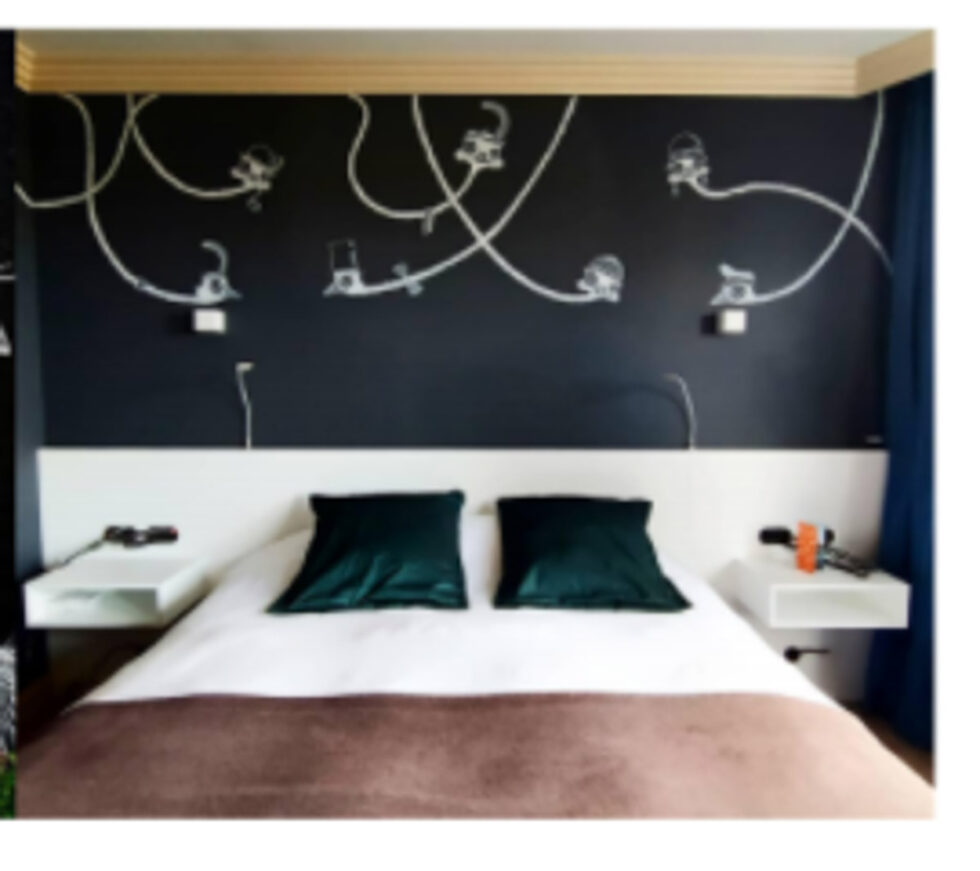 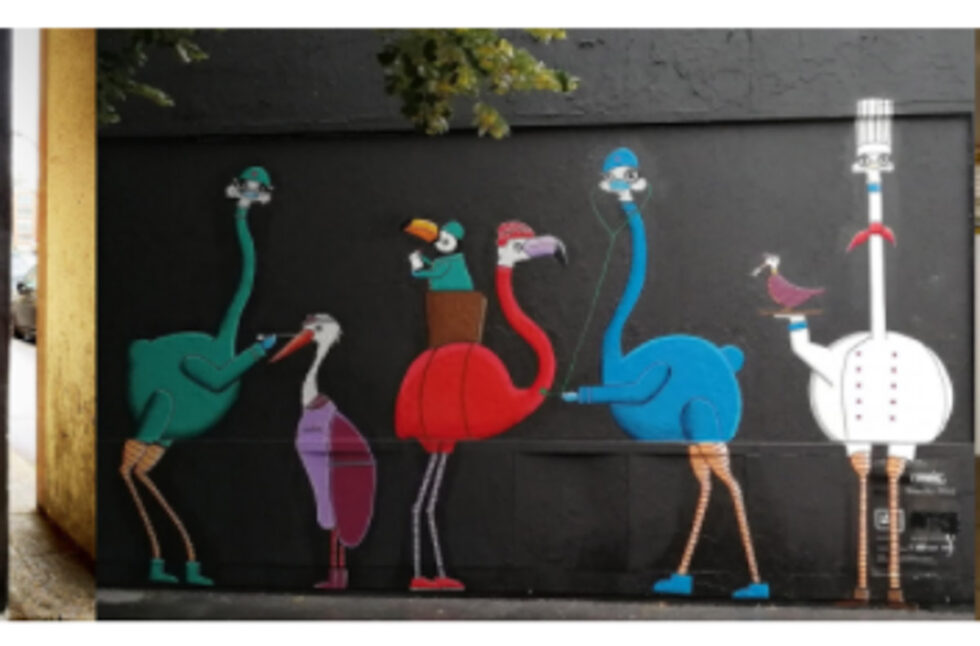 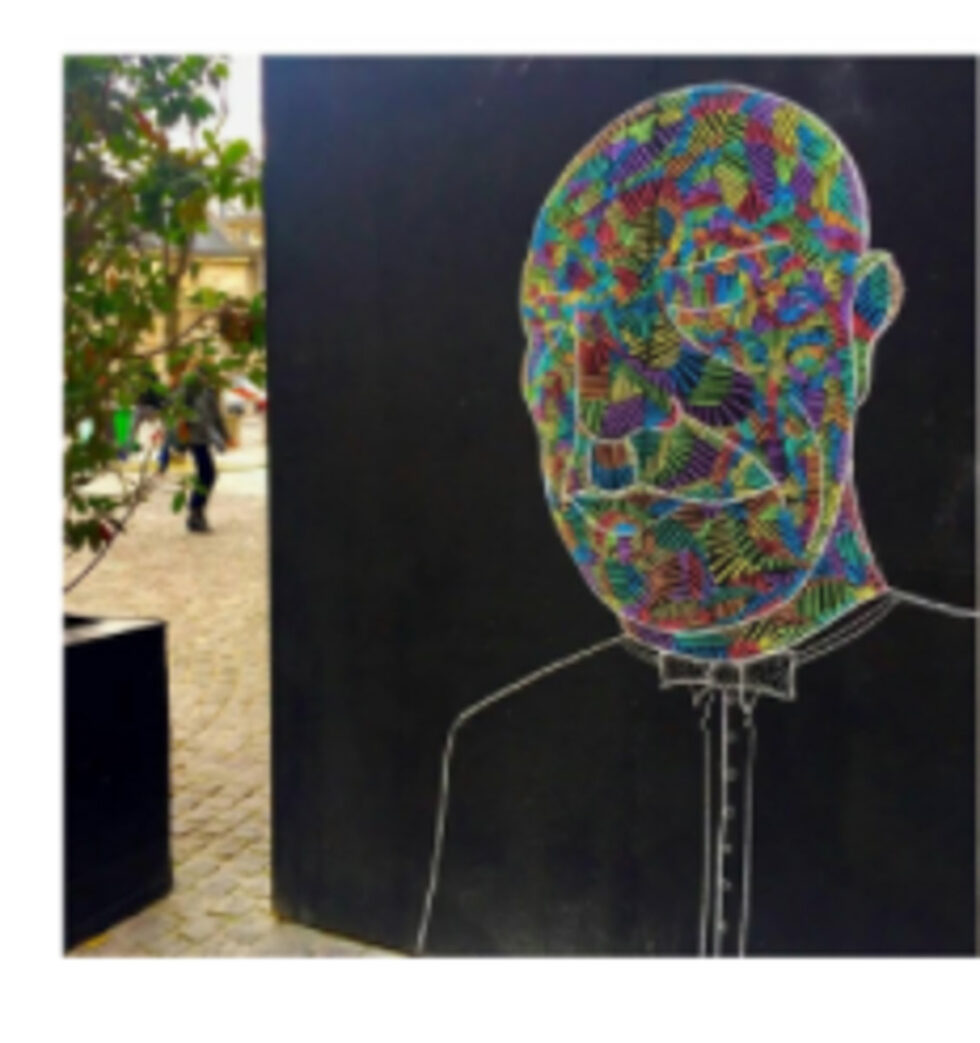 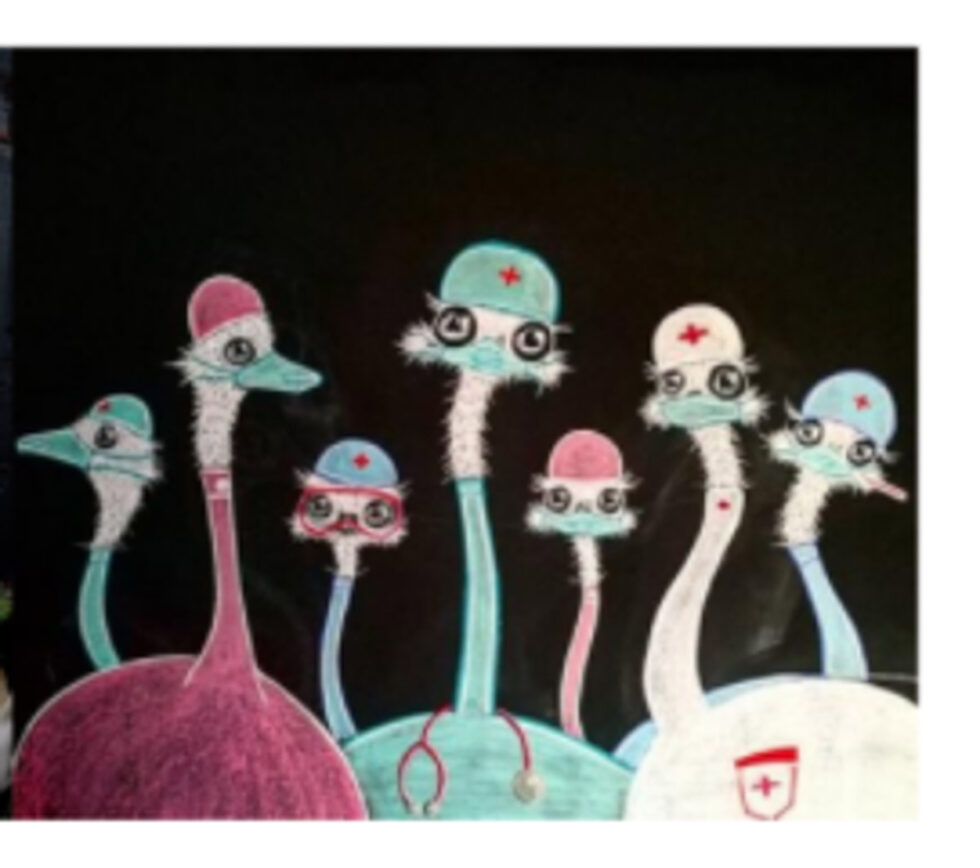 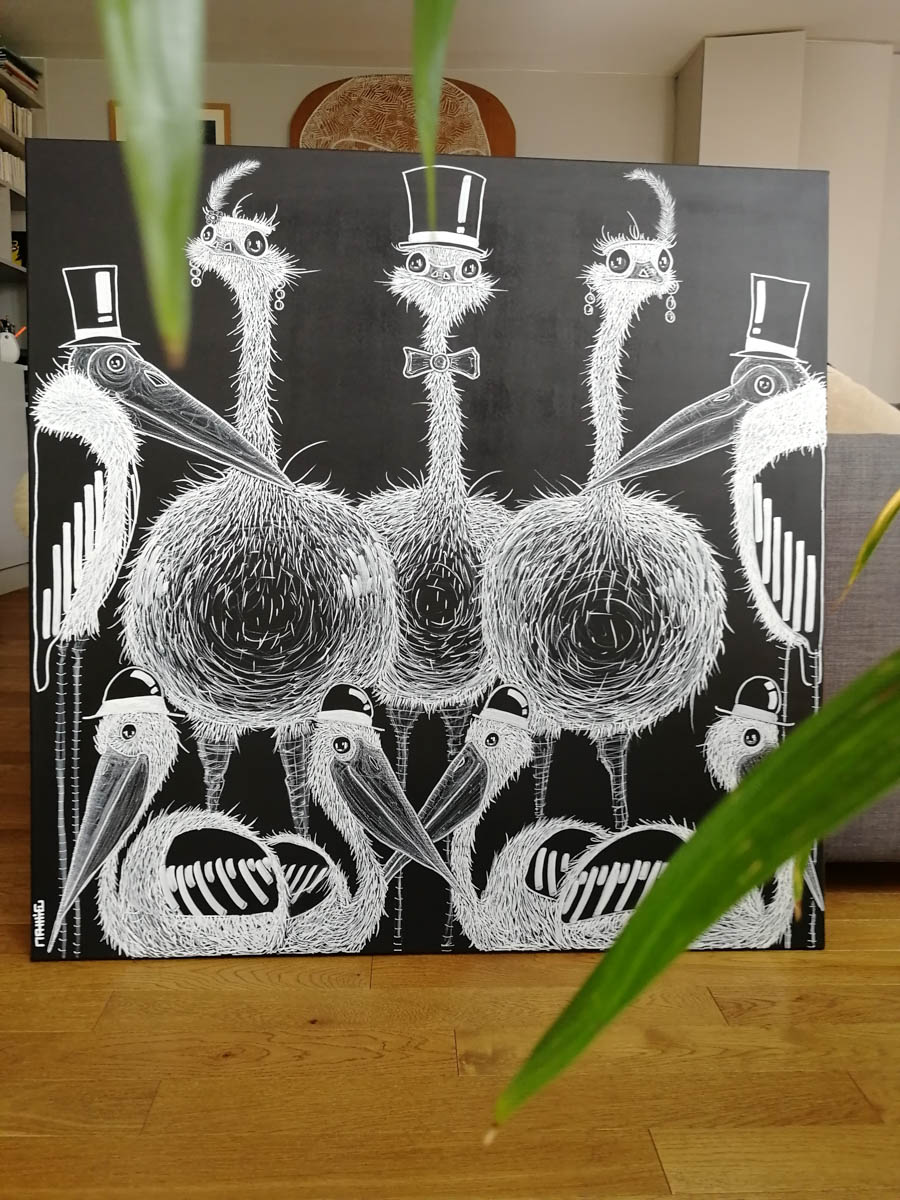 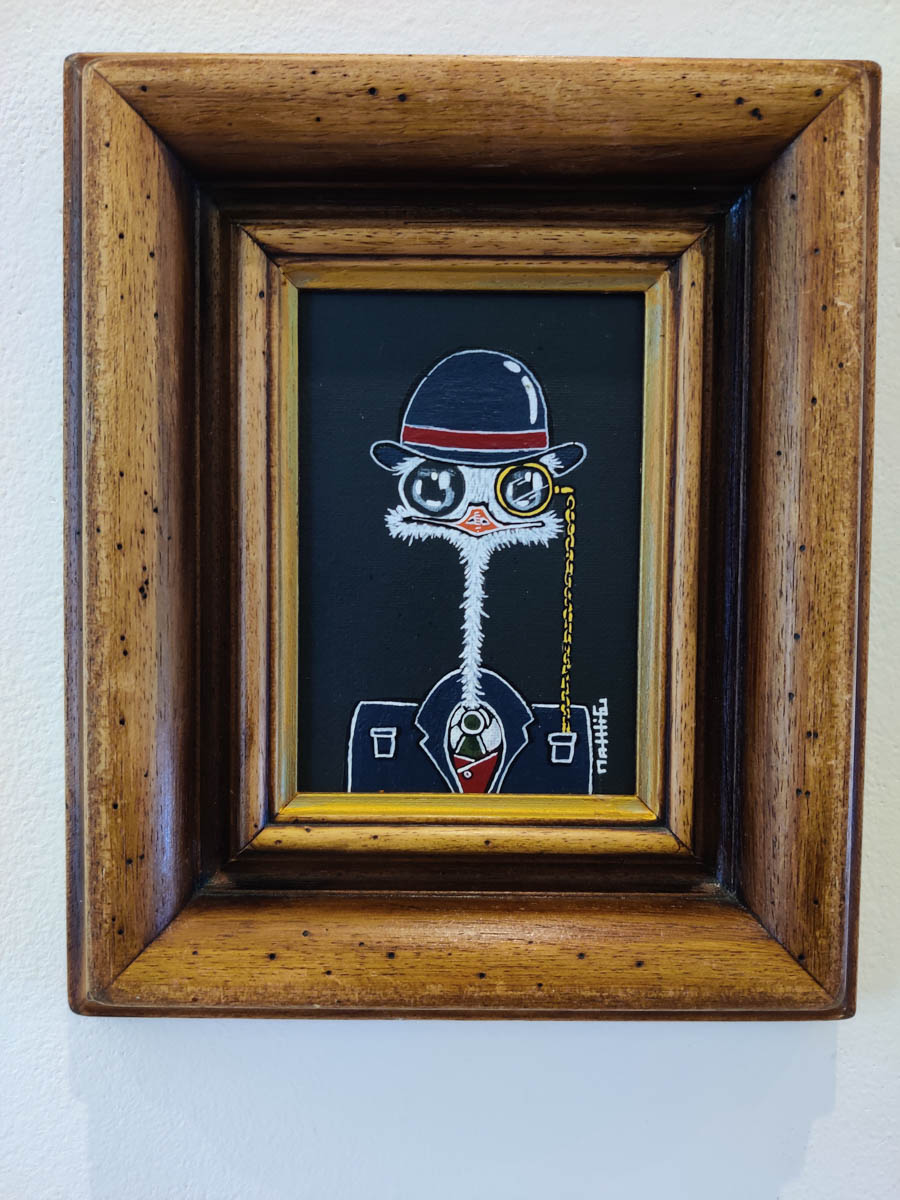 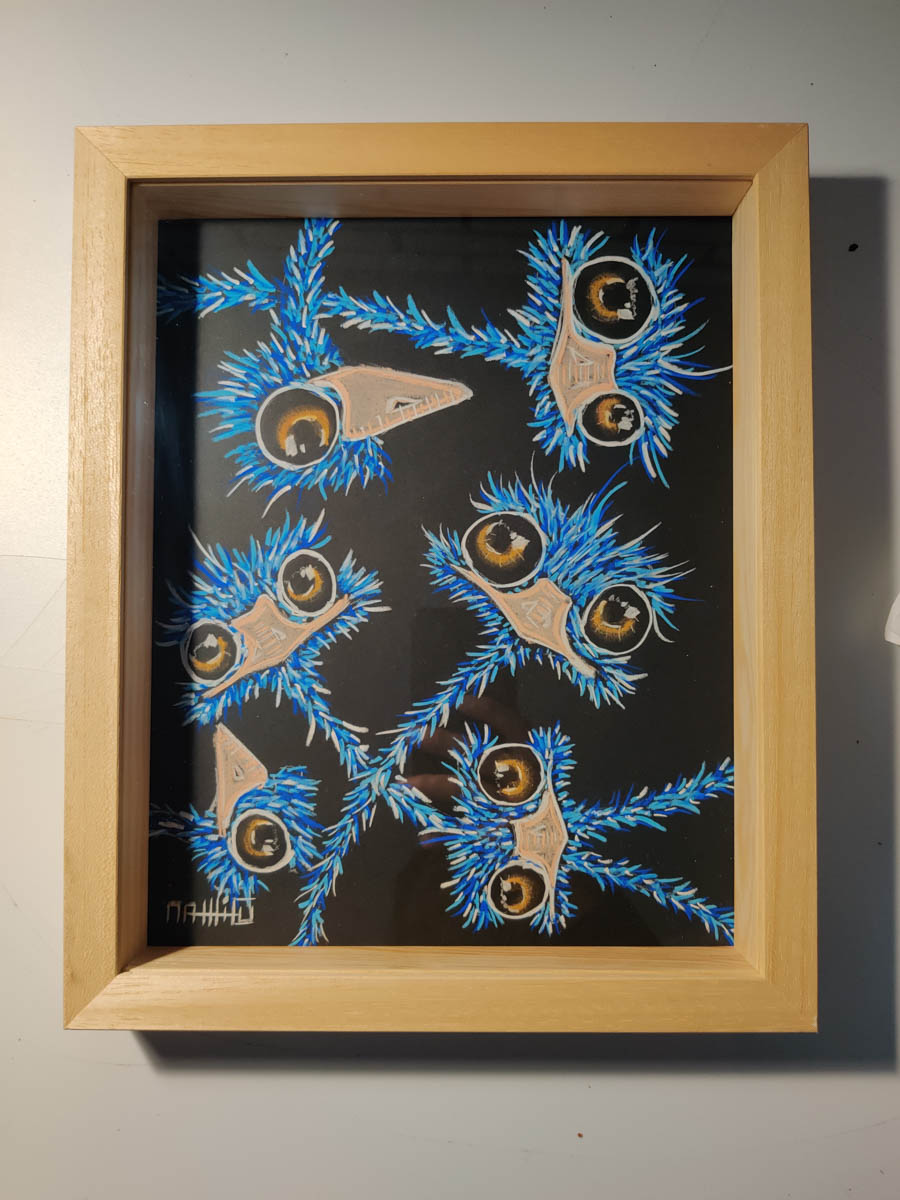