Horor has been involved in graffiti in and around Paris since 2004. Having cut his teeth in industrial lots in the suburbs and on the street, he later pursued studies in visual arts in Paris. There he developed his technique and his creative thought process, which would fuel his work on the wall. From this comes work combining the letter with a more classic design.

His subject revolves around the body and the line, which develops a relationship to sensuality as much as to the animality of moving bodies. He draws his influences from a repertoire ranging from disarticulated dolls of Bellmer to protean metamorphoses of Moebius, through the anatomical plates of Natural History.

Following various trips around the world, the animal and primitive figure then that of the migrating bird become evident in his paintings. In the silhouette of these animals, he finds an elegance of form as well as a symbolism suitable to describe his desire for exchange and sharing. 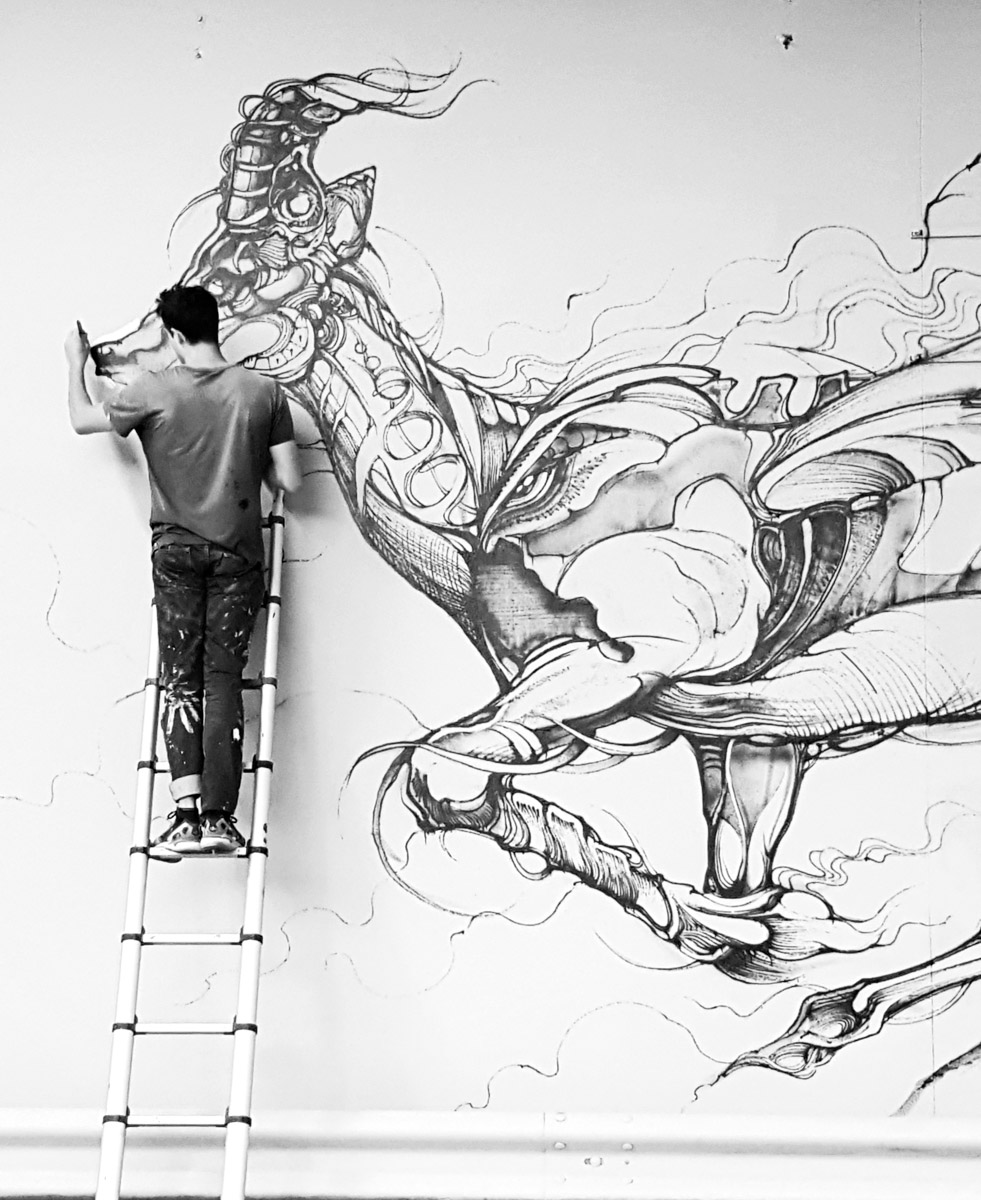 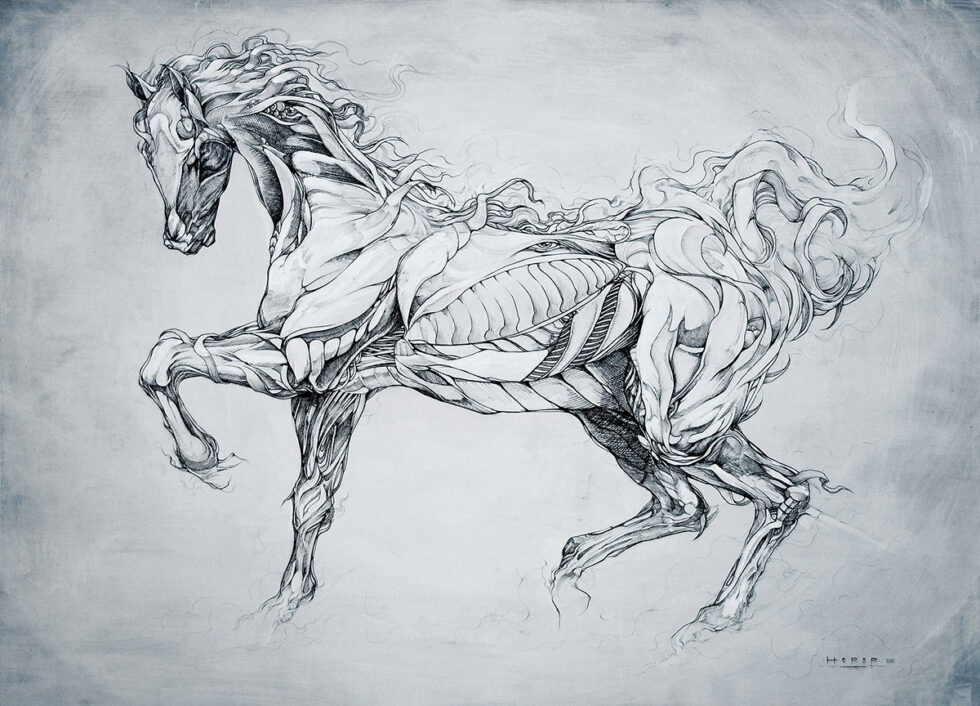 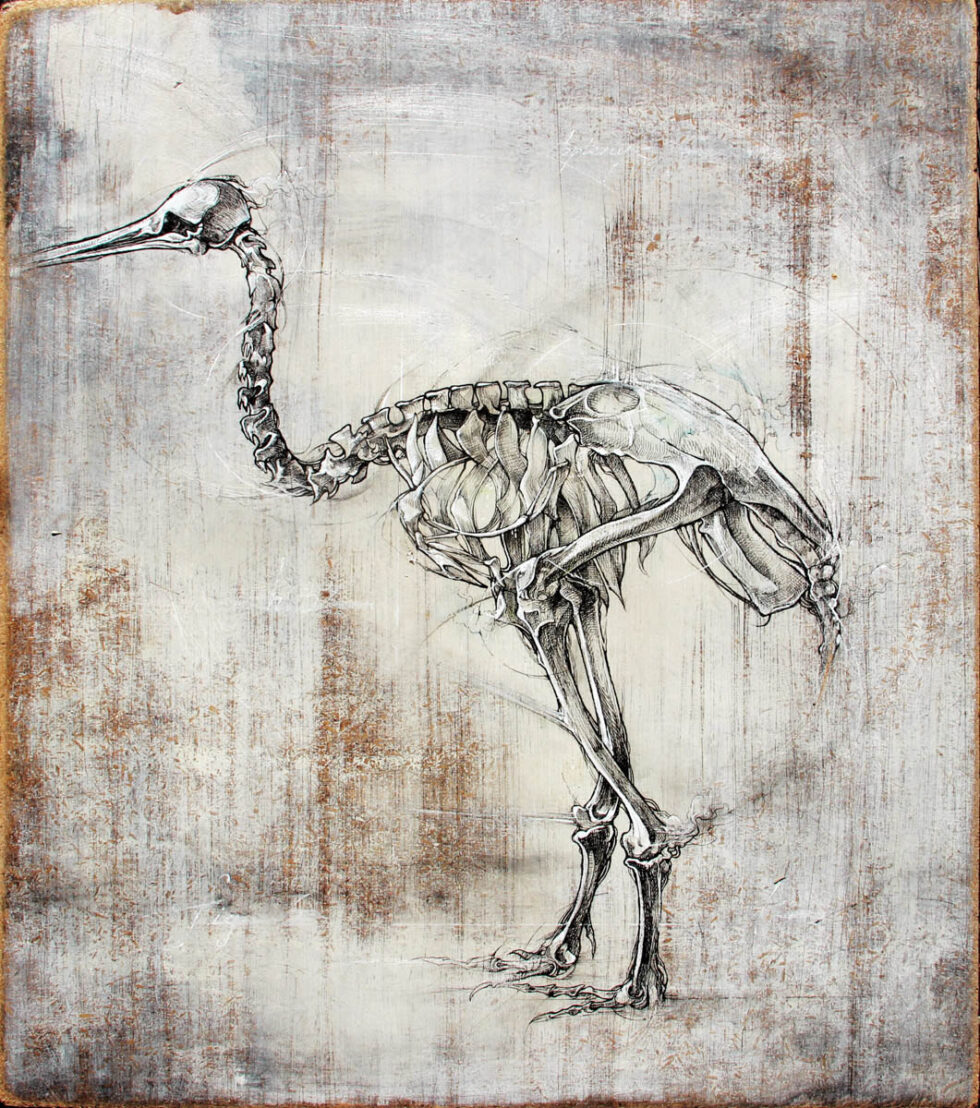 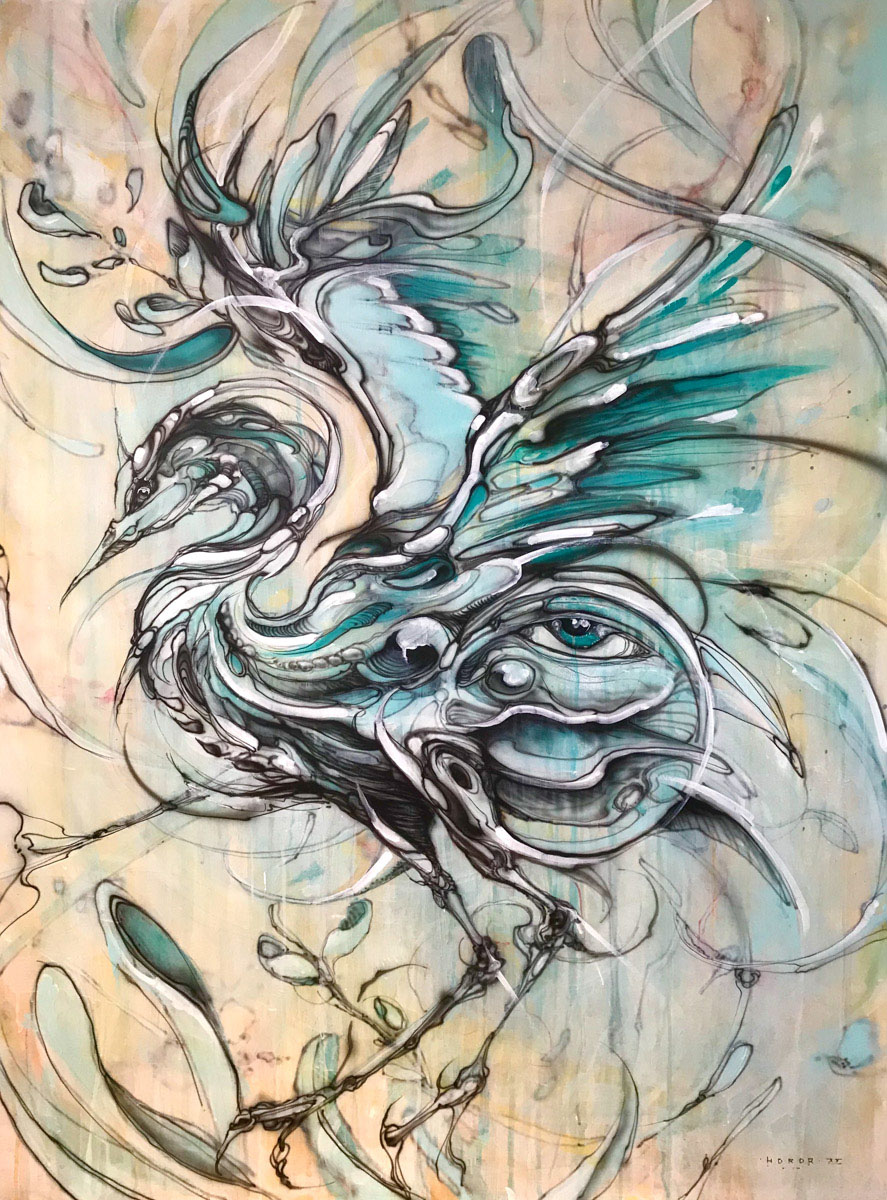 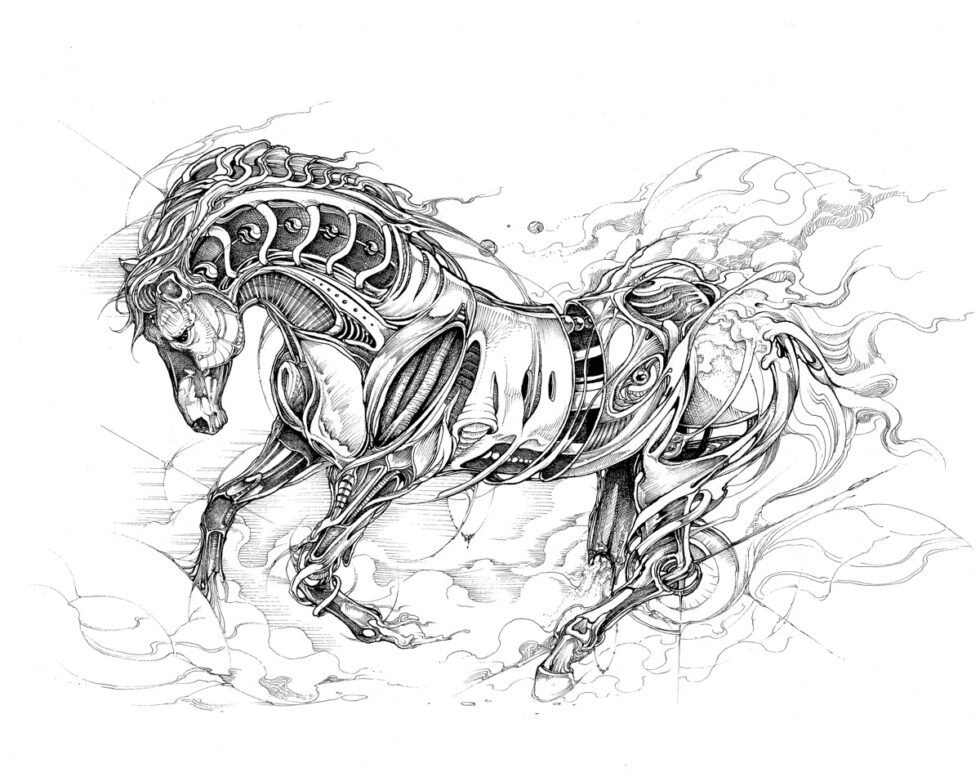