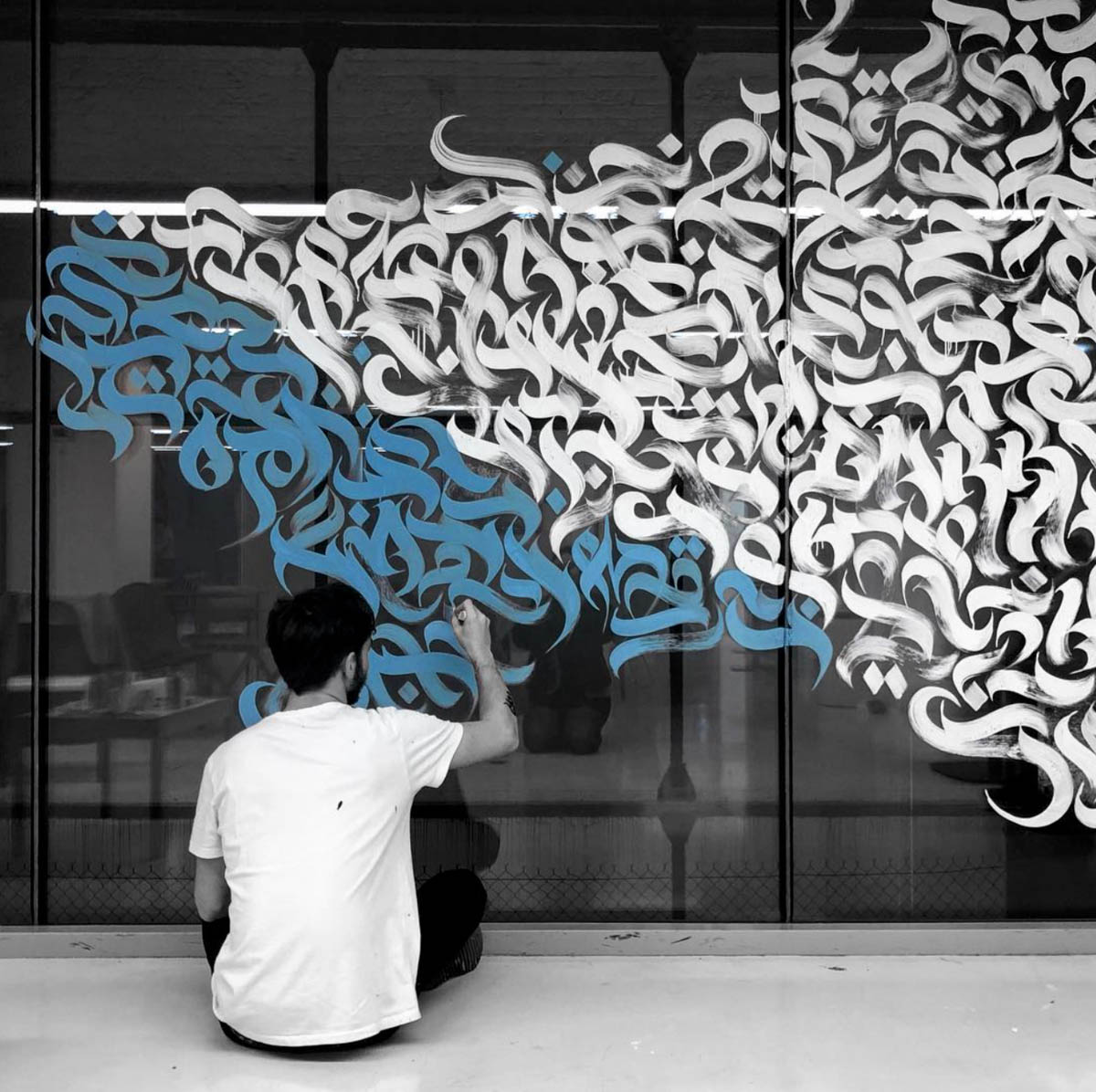 Since their discovery during his years studying design and graphics, letters and their lines have become an obsession. Calligraphy, alphabets, Gothic, Uncial, Cyrillic, Katakana, Dark observed, absorbed and then merged them to create his own medium. Under his aerosol spray, paint brushes or digital stylus melted in an abstract style conventional letters no longer exist, they fill circumscribed forms in which they take shape as if under the action of automatic writing. Suggest slogans, ideas. And arouse as much emotion as if they were really decipherable. 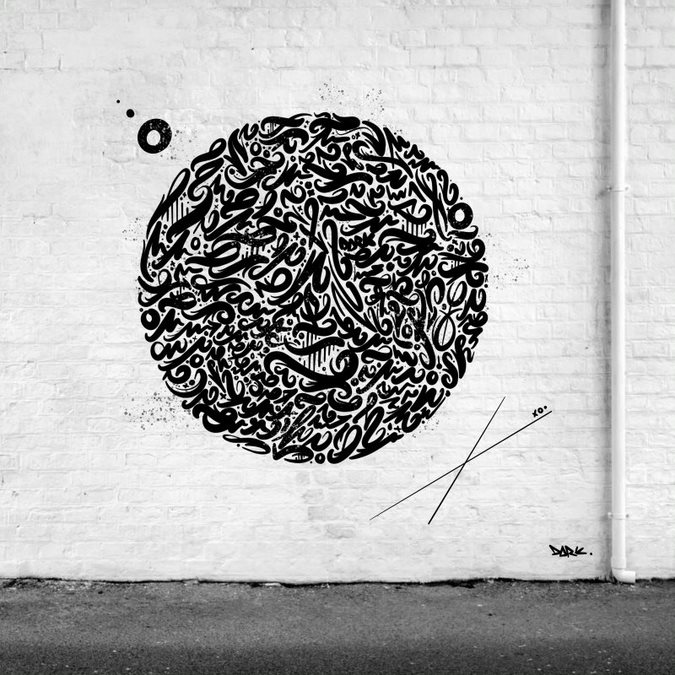 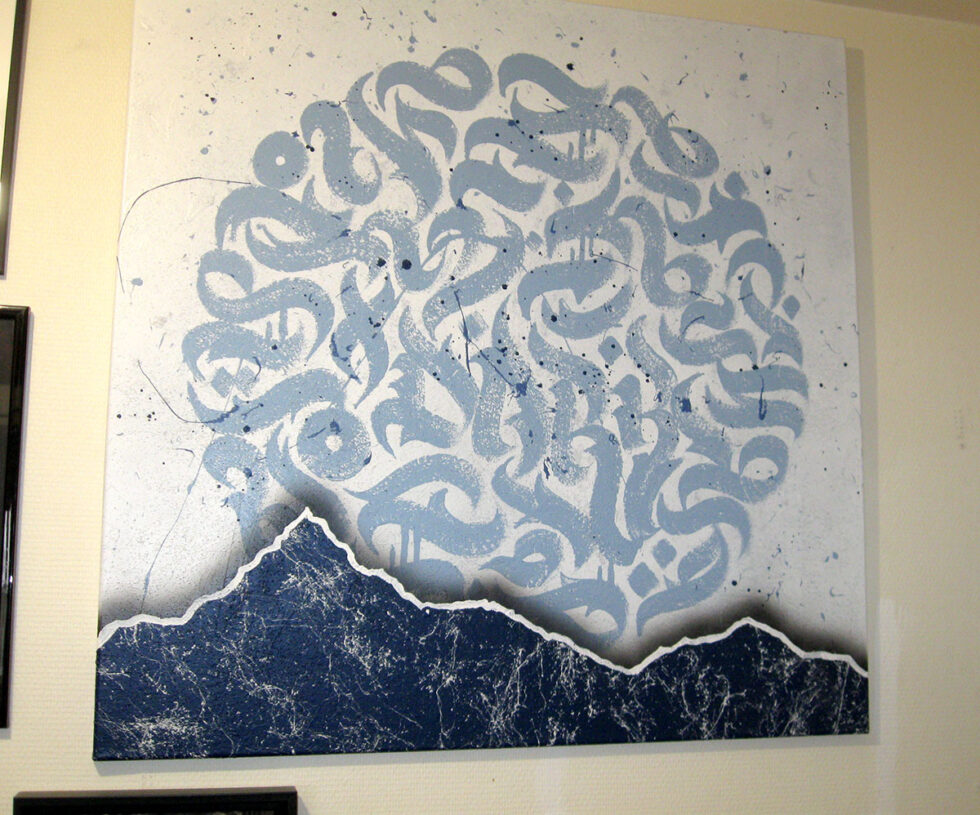 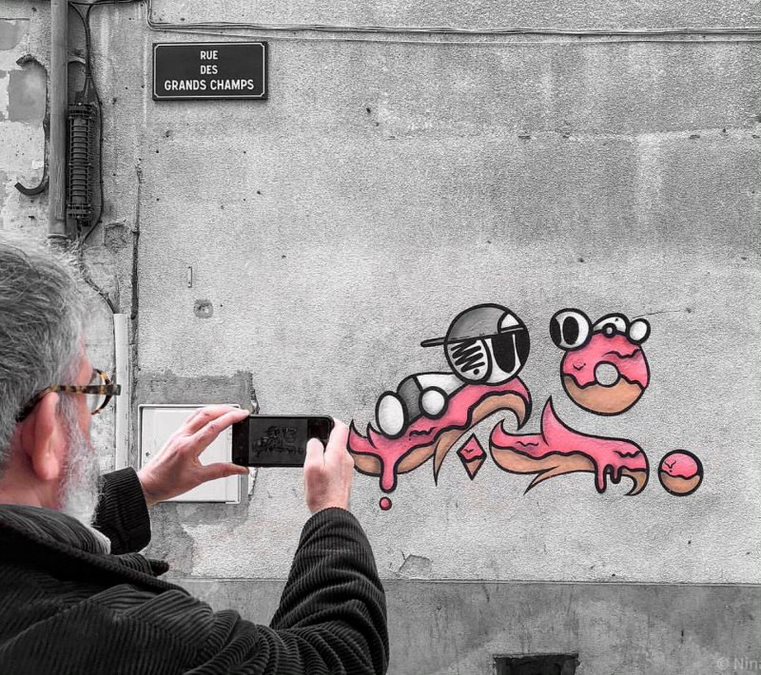 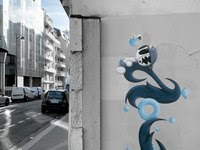 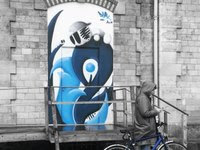 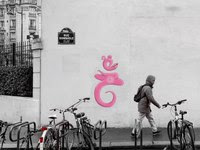 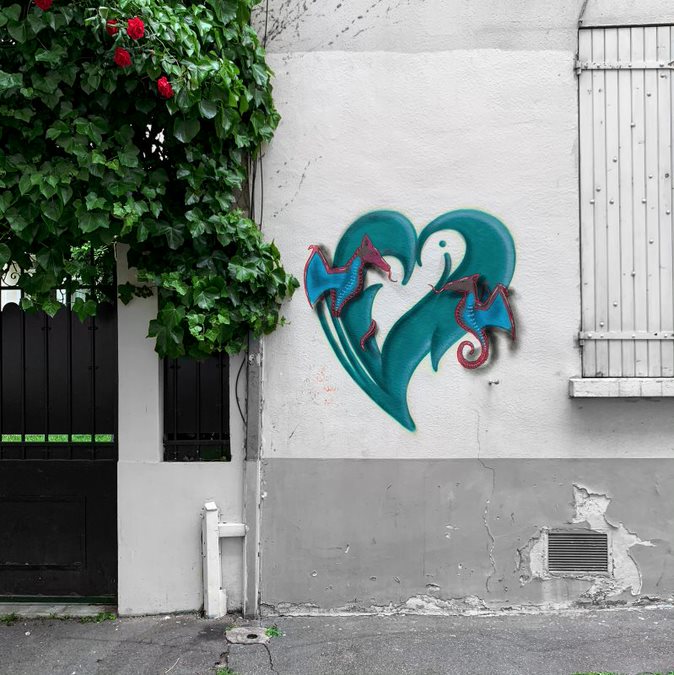 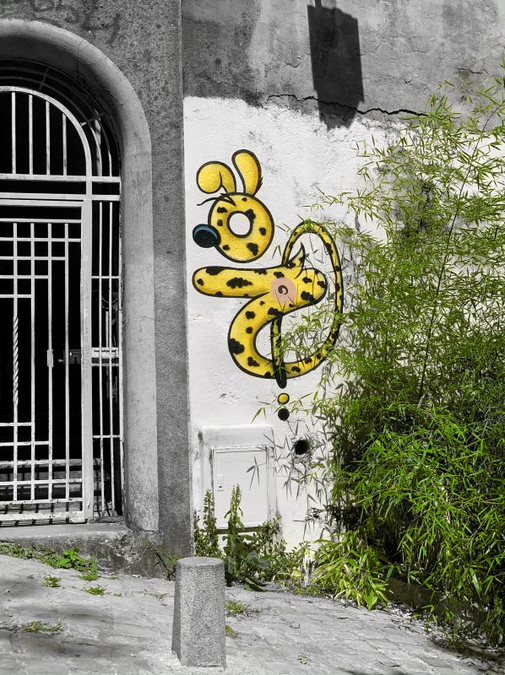 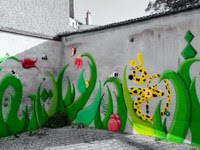 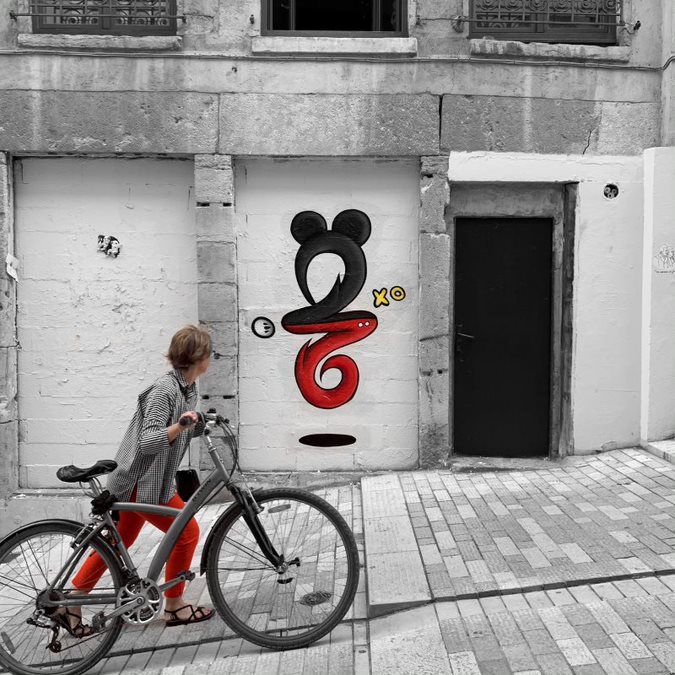 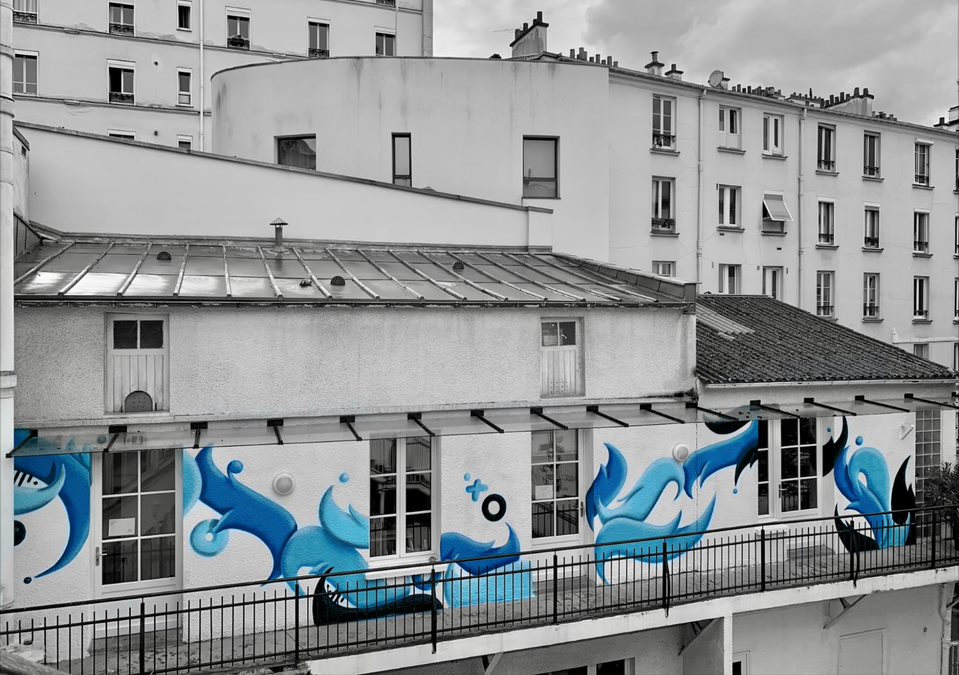 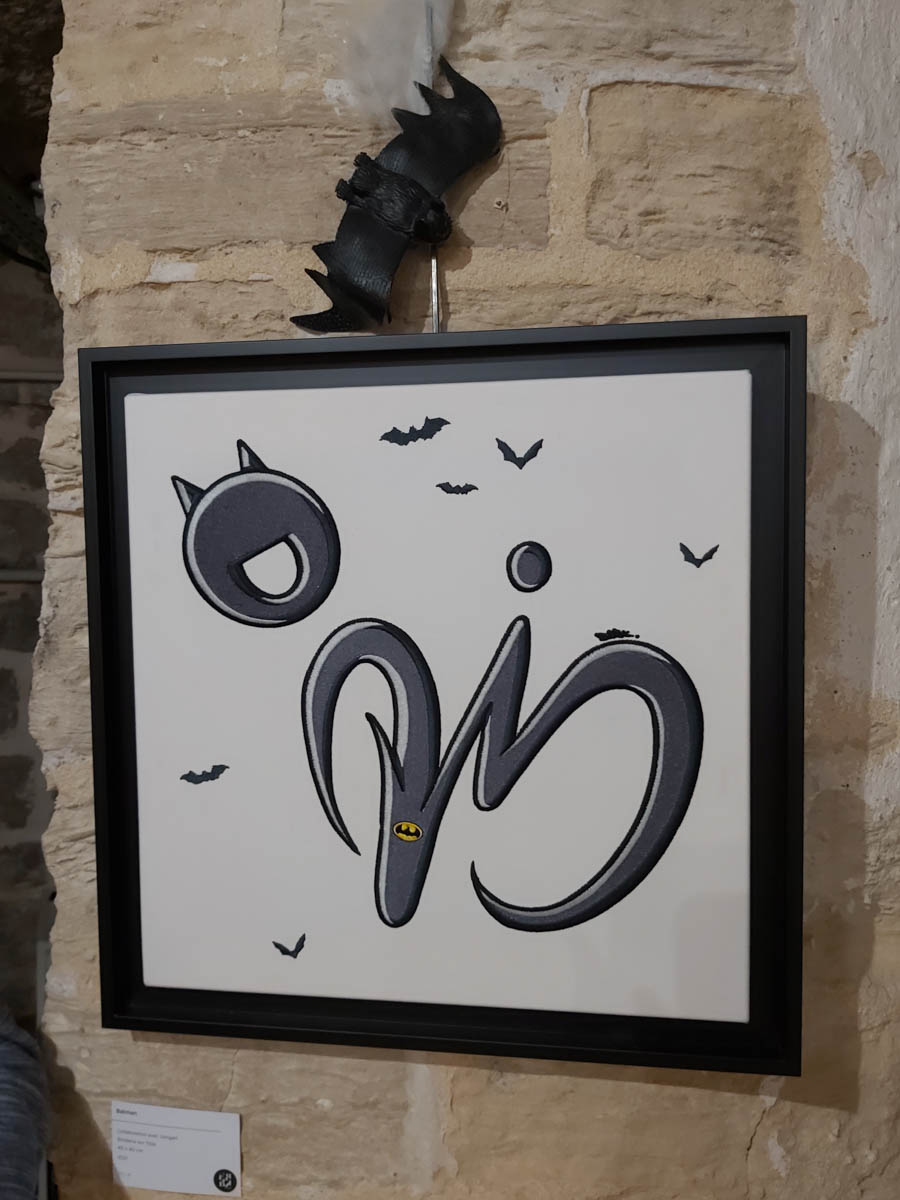 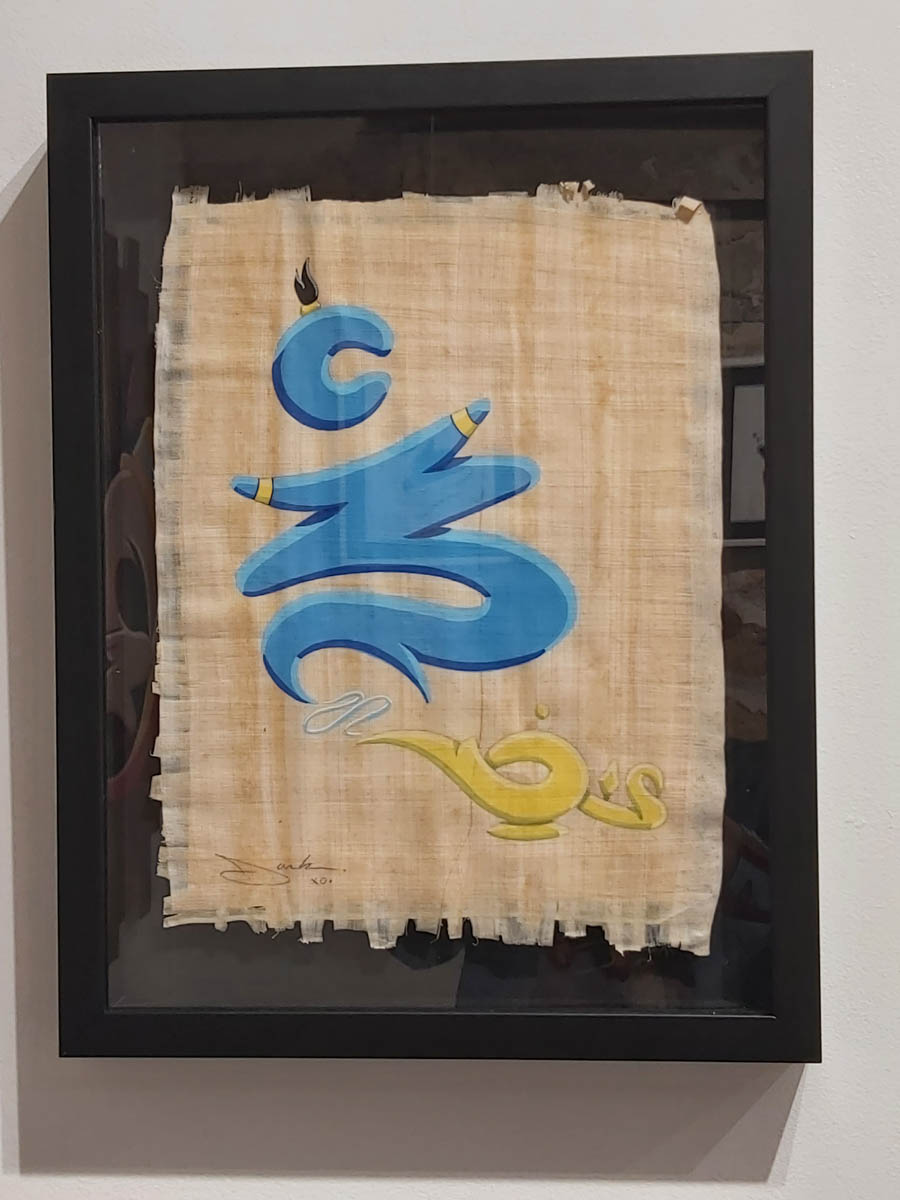 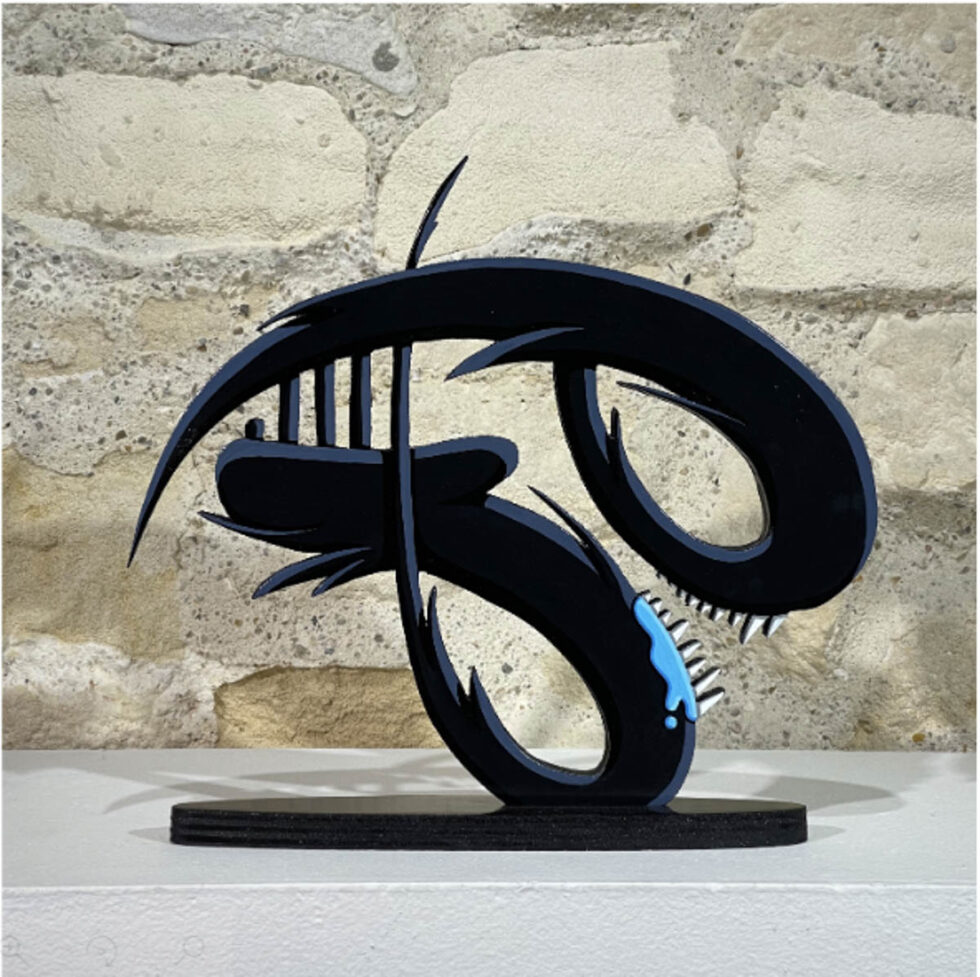 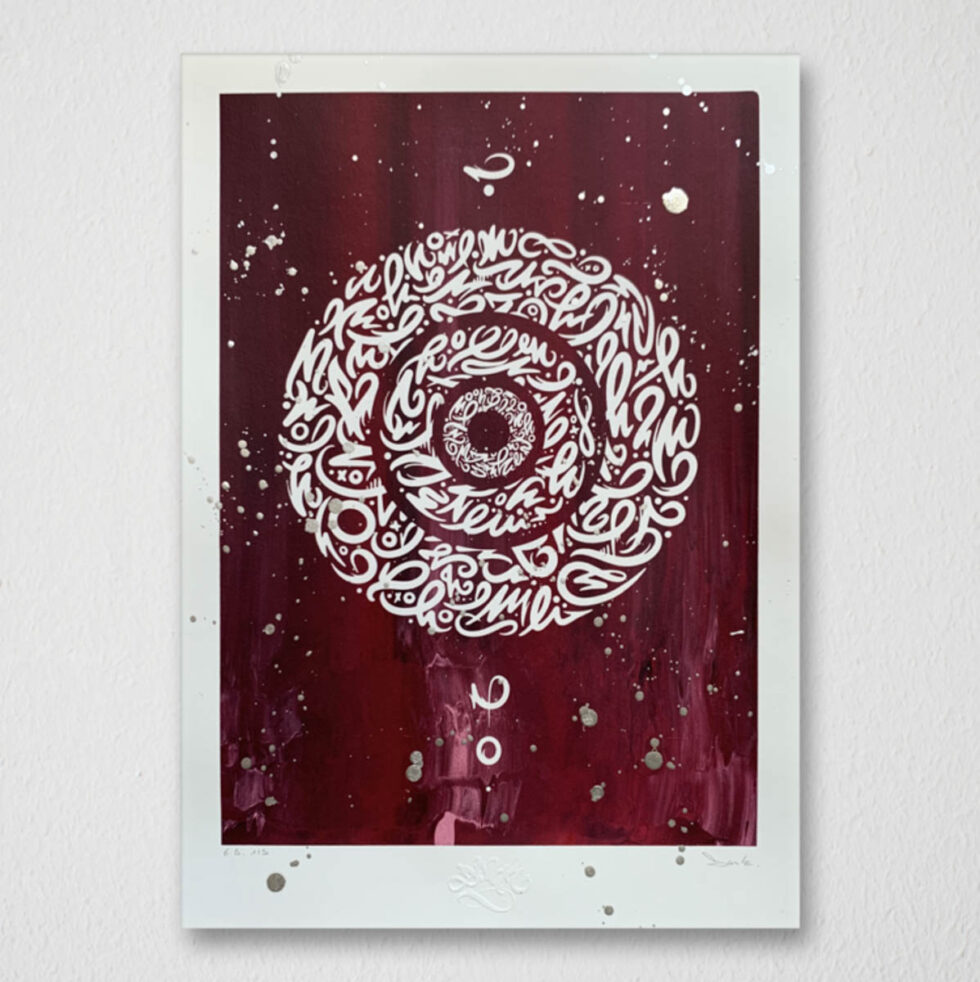 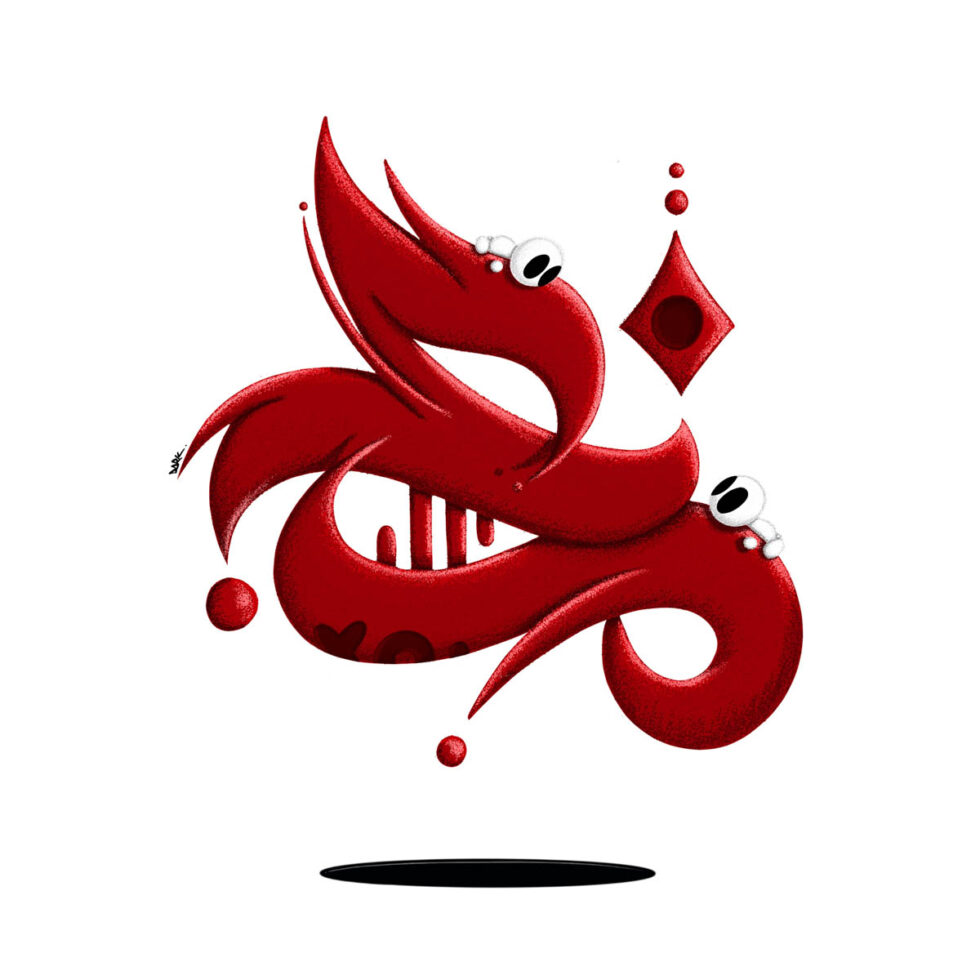 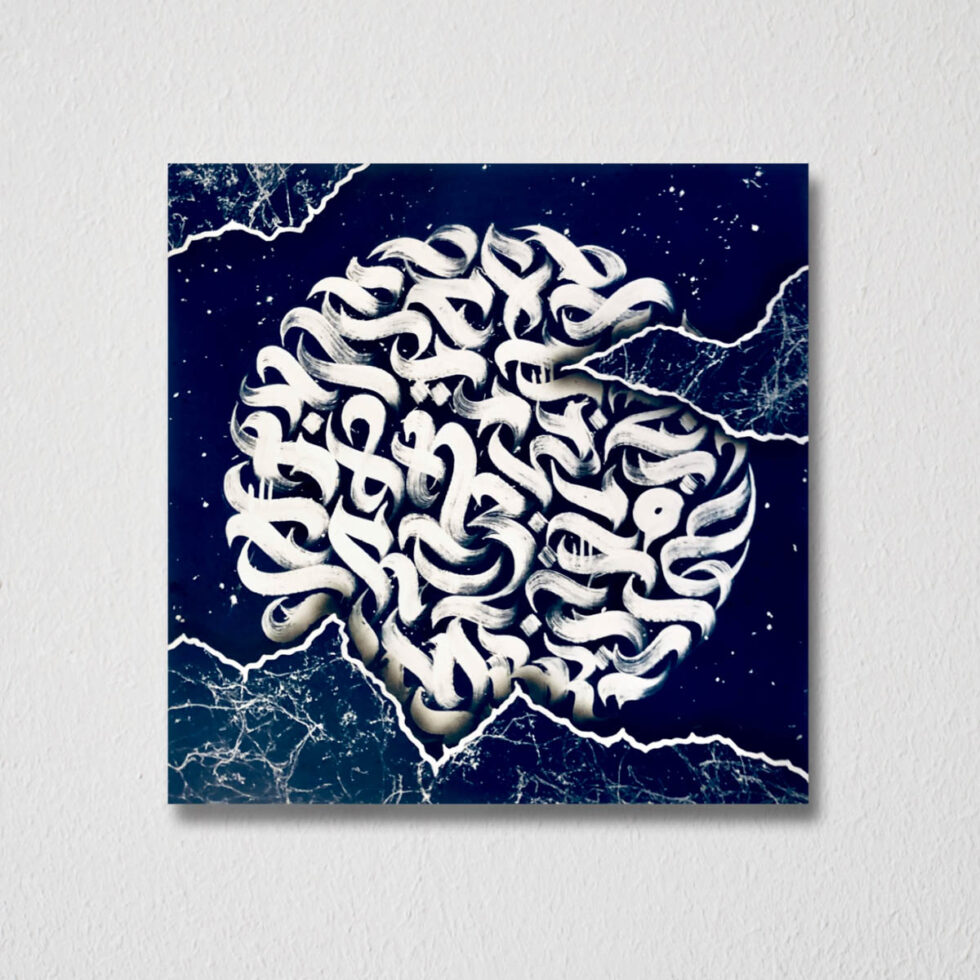 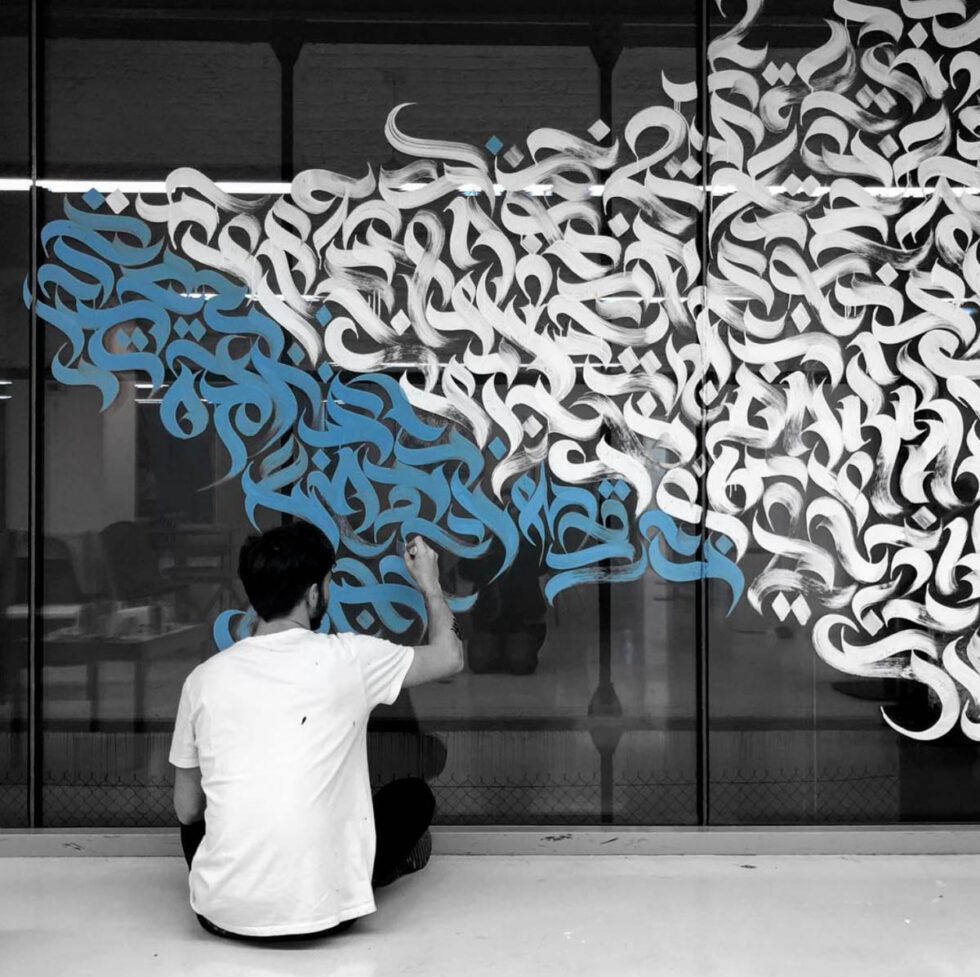